Only contributions submitted through the EasyChair system will be considered.

Authors of accepted contributions must also register to the main conference. 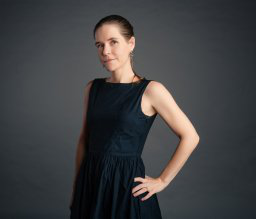 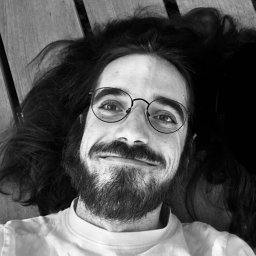 Quantum classification and hypothesis testing (state and channel discrimination) are two tightly related subjects, the main difference being that the former is data driven: how to assign to quantum states ρ(x) the corresponding class c (or hypothesis) is learnt from examples during training, where x can be either tunable experimental parameters or classical data “embedded” into quantum states. Does the model generalize? This is the main question in any data-driven strategy, namely the ability to predict the correct class even of previously unseen states. Here we establish a link between quantum classification and quantum information theory, by showing that the accuracy and generalization capability of quantum classifiers depend on the (Rényi) mutual information I(C:Q) and I2(X:Q) between the quantum state space Q and the classical parameter space X or class space C. Based on the above characterization, we then show how different properties of Q affect classification accuracy and generalization, such as the dimension of the Hilbert space, the amount of noise, and the amount of neglected information from X via, e.g., pooling layers. Moreover, we introduce a quantum version of the information bottleneck principle that allows us to explore the various trade-offs between accuracy and generalization. Finally, in order to check our theoretical predictions, we study the classification of the quantum phases of an Ising spin chain, and we propose the variational quantum information bottleneck method to optimize quantum embeddings of classical data to favor generalization.

Central to the success of adaptive systems is their ability to interpret signals from their environment and respond accordingly -- they act as agents interacting with their surroundings. Such agents typically perform better when able to execute increasingly complex strategies. This comes with a cost: the more information the agent must recall from its past experiences, the more memory it will need. Here we investigate the power of agents capable of quantum information processing. We uncover the most general form a quantum agent need adopt to maximise memory compression advantages, and provide a systematic means of encoding their memory states. We show these encodings can exhibit extremely favourable scaling advantages relative to memory-minimal classical agents, particularly when information must be retained about events increasingly far into the past.

11:30-12:00 Information decomposition as a link between biological and artificial brains

One of the key principles of information processing is that it is substrate-independent – i.e. the same computation can be implemented by multiple systems obeying different physical laws. In this talk, I will illustrate how the principles of information decomposition (in particular, metrics of synergy and redundancy) can provide such a substrate-independent description of computation in complex systems by linking biological and artificial brains. First, I will show results obtained from fMRI data showing that regions of the brain responsible for high-level cognitive processes are synergy-rich, while areas responsible for sensory input and motor output are redundancy-rich. Then, I will show results from a study of artificial neural networks, showing that synergy increases as neural networks learn novel tasks, possibly aiding in the process of generalizing learned representations; while redundancy helped the network sustain random perturbations. Together, these results suggest different functional roles of synergy and redundancy for computation in complex systems.

12:00-12:30 Lead/Lag directionality is not generally equivalent to causality: Precautionary tale for PSI compared to CMI

The application of causal techniques to neural imaging of the brain has increased extensively over the years to include a wide and diverse family of methods that can be applied to EEG data. Moreover, growing interest has developed on the analysis of cross frequency, phase and amplitude correlations and directionality. These show in some cases contradicting results of directionality from high frequency to low frequency data. However, lacking is a comparison of two widely available methods which provide an estimation for directionality for cross frequency analysis in EEG data, these are Conditional Mutual Information (CMI) and Phase Slope Index (PSI). We show that these methods can present differing interpretations of the data based on the phase lag.

12:30-13:00 A network-based approach to identifying synergistic triplets in high-dimensional data

Networks are complex systems characterized by different types of relationships between their interacting parts. These parts are often computed of pairwise correlations of high dimensional data in order to identify patterns, as well as higher-order (synergistic) interdependences. However, mounting evidence suggests that higher-order/synergistic interactions are important and an open task which makes the analysis and modeling of these complex systems challenging. Unfortunately, synergistic interactions are missed almost completely when calculating pairwise correlations. The problem occurs due to the lack of an agreed measure that directly quantifies the information synergy, along with the computational explosion, which leads to long calculations. In this paper we propose an efficient method to identify triplets of variables in large-scale datasets with high synergistic information, operationalized as low O-information. For the identification of triplets, we focus on an algorithm considering information theory measures. The algorithm builds up the theoretical relationship of mean conditional entropy between pairs of variables and information synergy, ameliorating the computational complexity from cubic to quadratic. We test our method to a wide-reaching medical dataset and find consistently that the top predicted triplets overlap about 75% with the true top synergistic triplets, considering the calculation of O_information. We conclude that including synergistic interactions may change how conclusions are drawn from network analysis in a profound way. Our method is an important step to making this feasible.

Many real-world tasks include some kind of parameter estimation, i.e., determination of a parameter encoded in a probability distribution. Often, such probability distributions arise from stochastic processes for which complexity manifests in the form of temporal correlations. For a stationary stochastic process this means that the random variables that constitute it are identically distributed but not independent. The memory complexity underlying these correlations may appear as an advantage or as a disadvantage for parameter estimation compared to the memoryless case. Here, we illustrate this effect with suitable examples and present a fundamental bound, which is asymptotically linear in the number of outcomes. We then apply our results to the case of thermometry on a spin chain.

Simulating quantum dynamics on a classical computer bears a resource cost that grows exponentially with the size of the system, and even the simplest of quantum systems often exhibit seemingly complex behaviours. This apparent problem can be recast as a positive - complex classical systems can be simulated efficiently on simple quantum computers. In this talk I will discuss the application of quantum technologies to the modelling of stochastic processes, for which quantum simulators can operate with lower memory dimension than any classical alternative - i.e., a quantum dimension reduction. I will highlight examples of quantitative scaling divergences in modelling highly non-Markovian processes, wherein the provably-memory-minimal classical simulator must store diverging amounts of information with increasing precision, while arbitrary precision can be achieved with a finite-sized quantum simulator. I will further describe how a lossy quantum dimension reduction be used for high fidelity, low memory cost stochastic simulation in settings where no exact quantum dimension reduction is possible. I will also discuss recent work on the experimental implementation of such quantum dimension reduction.

Information transfer is crucial to understanding the dynamics of complex systems. Most approaches have so far considered pairwise interactions, overlooking the fact that two or more variables can share information on the rest of the system. Considering higher order interactions allows for a more unbiased estimate of pairwise and conditioned interactions, and allows to disclose new properties about the system. This view is particularly relevant when the system undergoes a transition.

The tangled nature model has been a rich resource to study metastability, species abundance, adaptability, and mass extinctions in closed ecosystems. In this study, we analyse the model from an information-theoretic perspective to study species-environment relationships and the emergence of higher-order cliques of species. To this end we rely on two novel developments in the field of information theory – Phi -Information Decomposition (ϕ-ID) and Information Individuality. The ϕ-ID framework enables us to decompose the information shared between species and its environment into various components like self-prediction, information transfer, redundant and synergistic information propagation. Thus, enabling us to study the variation of various aspects of information propagation as we make the system incrementally more unstable. By focusing on the self-information dimension of ϕ-ID, we can look for optimally self-predictive groups of species known as information individuals. This notion defines the boundary between an individual and environment to lie outside maximally self-informative sub-system. We leverage this definition to identify the emergence of higher-level structures where groups of species act as an individual in the fitness landscape. These stable groups emerge only for an intermediate range of instability in the system which enables these groups to be adaptable against stochastic fluctuations.

Our goal is to provide a forum for researchers who follow an information-theoretic approach for the analysis of complex systems. Here they can present recent achievements and discuss promising hypotheses and further research directions, combining both classical and quantum information approaches.

All systems in nature can be considered from the perspective that they process information.

Imformation is registered in the state of a system and its elements, implicitly and invisibly. As elements interact, information is transferred. Indeed, bits of information about the state of one element will travel – imperfectly – to the state of the other element, forming its new state. This storage and transfer of information, possibly between levels of a multi level system, is imperfect due to randomness or noise. From this viewpoint, a system can be formalized as a collection of bits that is organized according to its rules of dynamics and its topology of interactions. Mapping out exactly how these bits of information percolate through the system reveals fundamental insights in how the parts orchestrate to produce the properties of the system.

A theory of information processing would be capable of defining a set of universal properties of dynamical multi level complex systems, which describe and compare the dynamics of diverse complex systems ranging from social interaction to brain networks, from financial markets to biomedicine. Each possible combination of rules of dynamics and topology of interactions, with disparate semantics could be translated into the language of information processing which in turn will provide a lingua franca for complex systems. 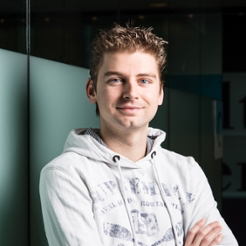 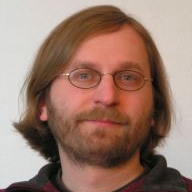 Researcher at the Max Planck Institute for Mathematics in the Sciences 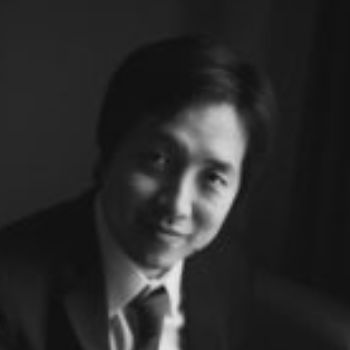 Assistant Professor in the Complexity Institute at the School of Physical and Mathematical Sciences, Nanyang Technological University 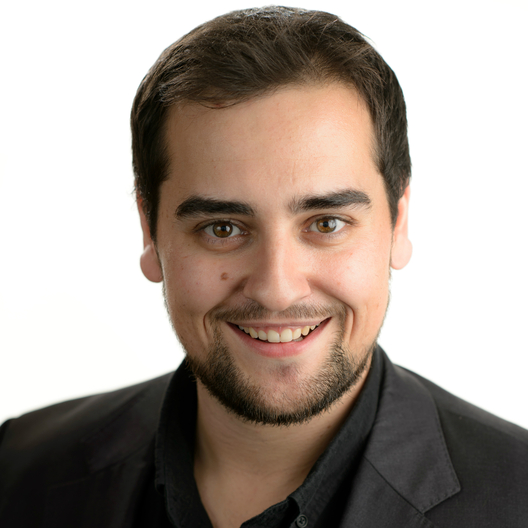 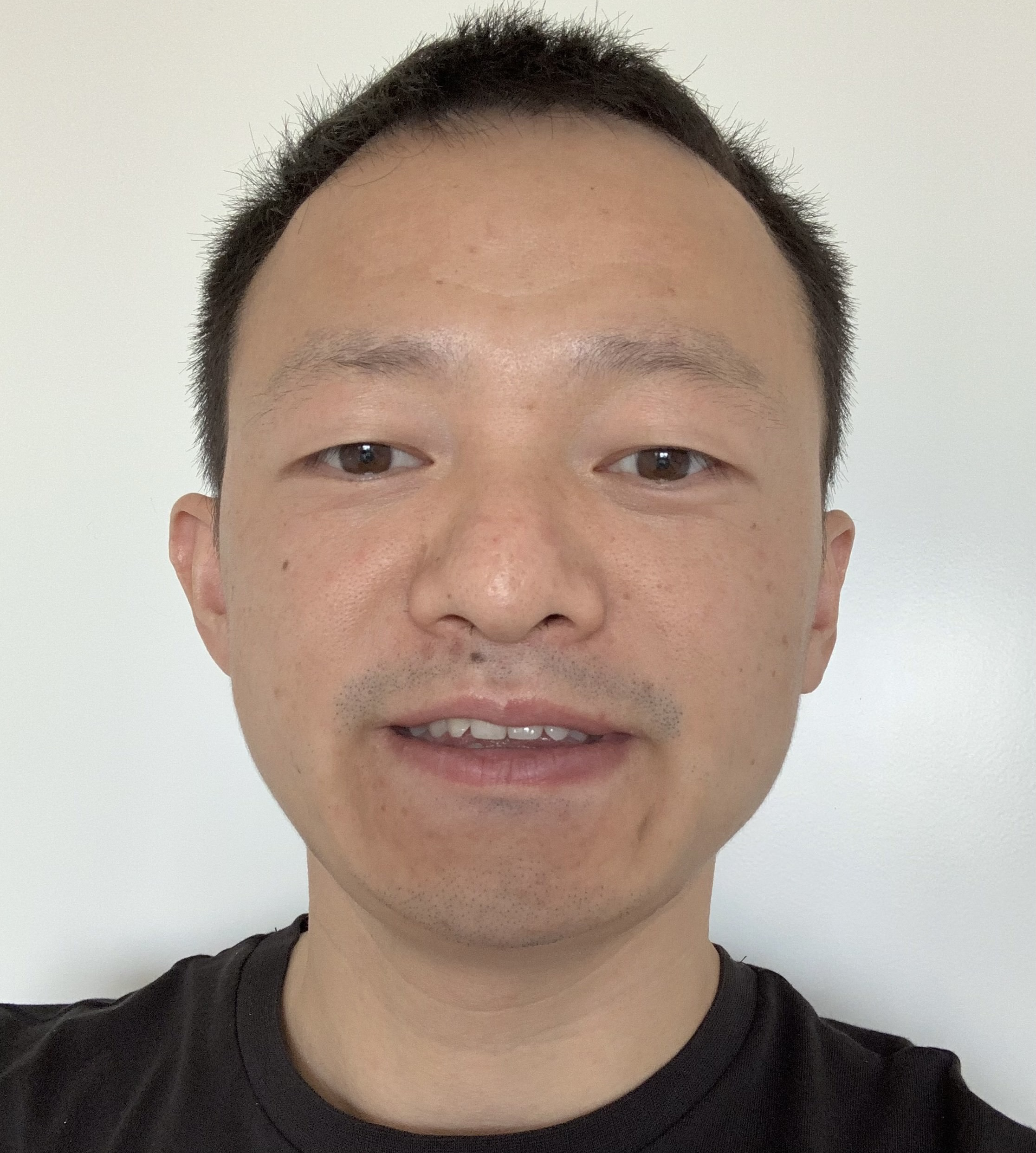